Definition: Percent of adults who reported not having a flu shot during the past 12 months.

Importance
Influenza can lead to pneumonia and can be dangerous for people with heart or breathing conditions. Infection with influenza can cause high fever, diarrhea and seizures in children. It is estimated that 226,000 people are hospitalized each year due to influenza and 36,000 die - mostly the elderly. The seasonal influenza vaccine can prevent serious illness and death.

Where We Are
In 2013, 59.7% of adults in Douglas County reported not having a flu shot during the past 12 months. Douglas County had a higher percent than the State of Kansas for this year.

Health Disparities
Among adults in Douglas County in 2013:
Healthy People 2020 Goal
Not available.

Additional Information
The Centers for Disease Control and Prevention (CDC) recommends annual vaccinations to prevent the spread of influenza. 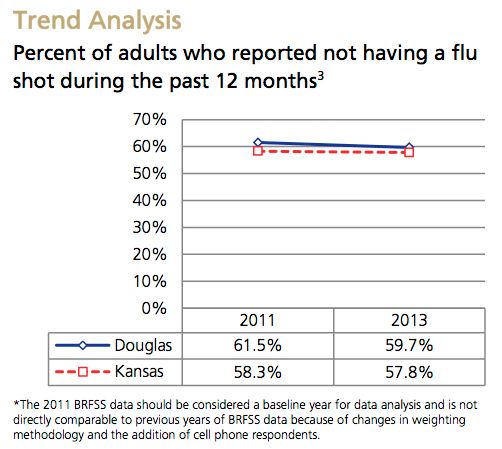 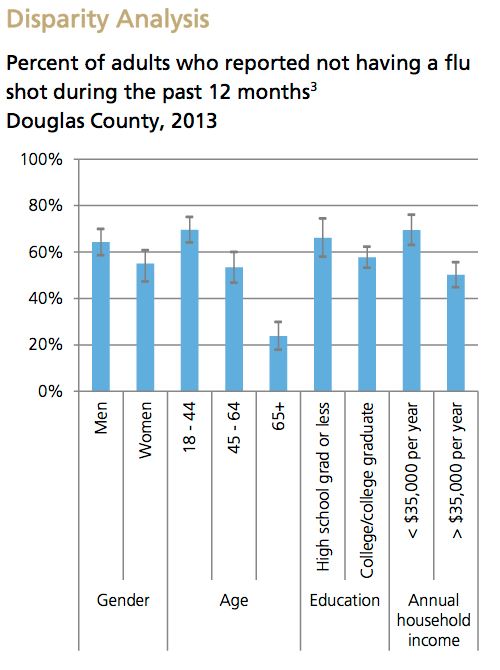