Definition: Percent of adults who reported they never had an HIV test.

Importance
Increasing the number of persons who are aware of their status is a critical strategy for preventing HIV infections.

Health Disparities
Among adults in Douglas County in 2010: Individuals aged 65 and older were more likely to have never had an HIV test.

Additional Information
An estimated 1.1 million Americans are living with HIV, and 1 out of 5 people with HIV do not know they have it. HIV is a preventable disease. Effective HIV prevention interventions have been proven to reduce HIV transmission. People who get tested for HIV and learn that they are infected can make significant behavior changes to improve their health and reduce the risk of transmitting HIV. 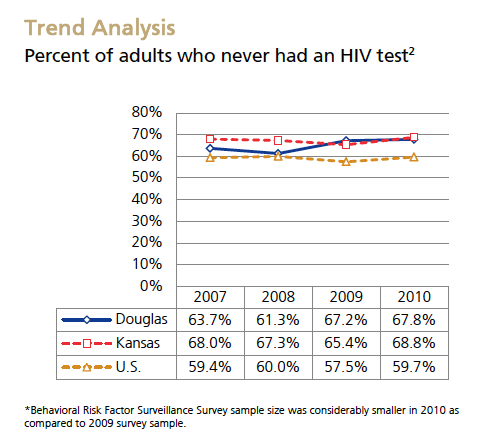 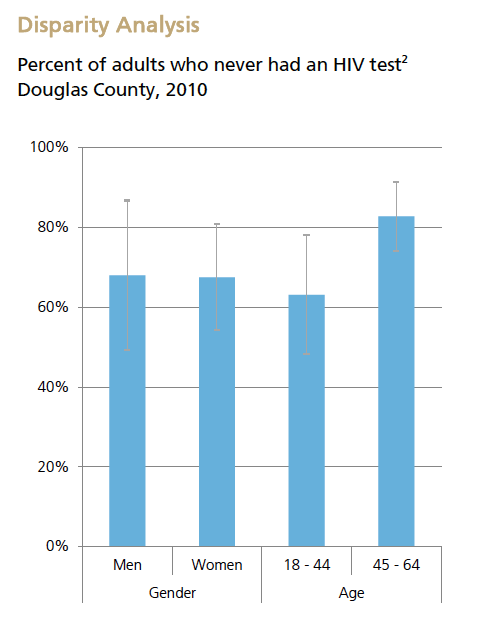