Definition: Percent of youth in grades 6, 8, 10, and 12 who have had five or more drinks in a row in the last two weeks.

Health Disparities
Among youth in Douglas County in 2014:
Healthy People 2020 Goal
Not available.

Additional Information
Many young people start drinking before the age of 15. The age range between 11 and 18 is an impressionable period when youth are especially susceptible to outside influences such as peers, family members and the media.

Studies have shown that parents have a significant influence on young people’s decisions about alcohol consumption, especially when parents create supportive and nurturing environments in which their children can make their own decisions. In fact, more than 80% of children say parents are the leading influence in their decision to drink or not. 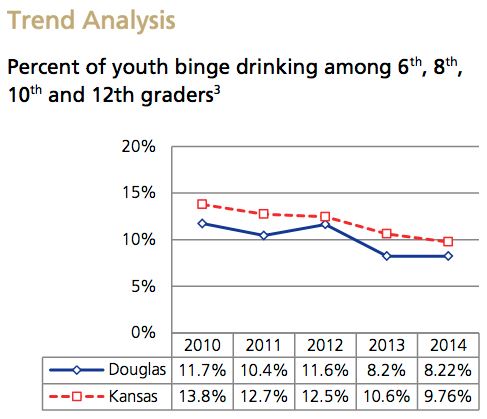 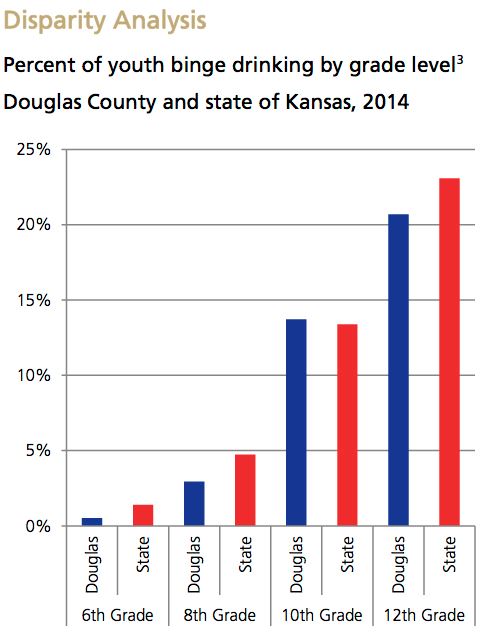