By 2023, decrease the age-adjusted suicide rate to 14.0 per 100,000 people in Douglas County, among several other strategies and goals to improve behavioral health for all.
Read more about the goal and the Community Health Plan on the Healthier Together platform.

It is clear that suicide, suicide attempts and suicide ideation occur across the life span. There is continuing need to identify and support people in need and create a protective environment. Elderly men in particular are at risk for suicide, and data in this report identify the level of concern for youth, including the number of suicide attempts and instances of ideation. Risk factors for youth suicide attempts include, rape, bullying victimization, sadness or depression, vomiting or taking laxatives to lose weight, relationship problems and using substances. The Kansas Communities that Care survey data suggest that students who vape or smoke may also be at risk for suicide ideation.

Research has identified that chronic health issues and economic or financial strains, such as difficulty covering medical, food and housing expenses, are possible risk factors for suicide. Lack of social connectedness is also one of the chief causes of suicide. Current efforts to strengthen access and delivery of suicide care will benefit those who have contact with the medical system and will address many prevention strategies, including teaching coping and problem-solving skills. 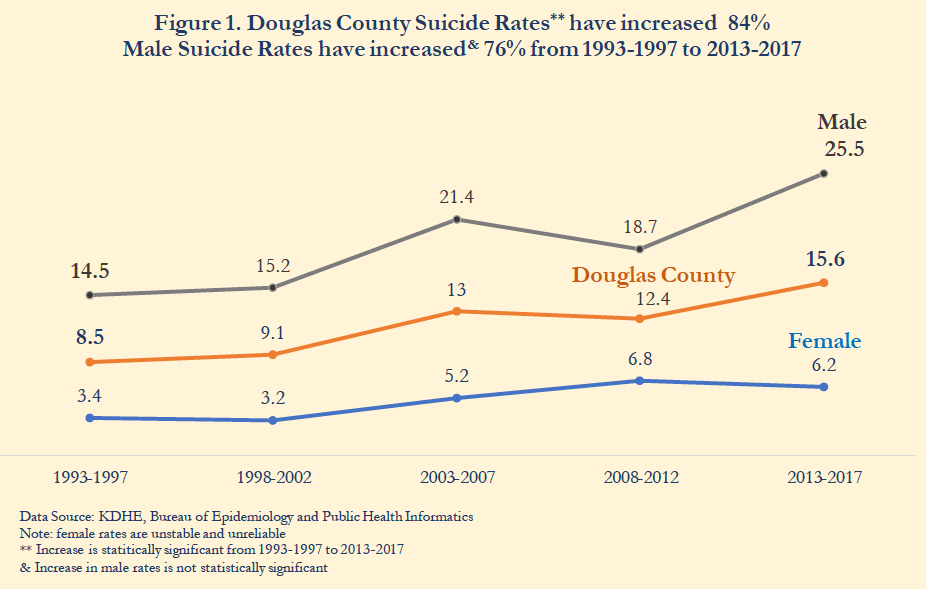 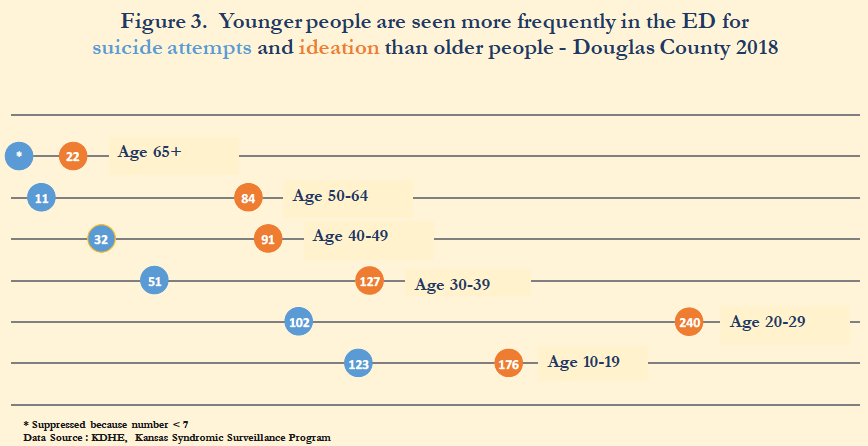