Mitchell Tegtmeier, a Eudora Middle School physical education and health teacher who has spent nearly a decade with the district, is credited with constantly thinking outside of the box in finding ways to promote lifelong wellness to students and the Eudora community. He has advocated through projects and seeking grant funding to help students, staff and neighborhood families gain access to workout equipment and other wellness activities. A few initiatives he has led in the Eudora community include the middle school’s summer conditioning program that includes more than 100 students daily; the popular Read and Bike Lab at the school library; an early advocate for the middle school’s Outdoor Fitness & Learning Center that opened last fall; and, motivating the district to renovate and open the new Cardinal Cardio workout room complete with heart-rate monitors to help students and school staff members and families better benefit from their workouts.

“Mitchell Tegtmeier is the brainchild in reforming the way our Eudora Middle School and even entire school district and community looks at health and fitness,” said Shanda Hurla, executive director of the Eudora Schools Foundation. “For more than six years, he has been instrumental in starting numerous programs to increase student wellness.” 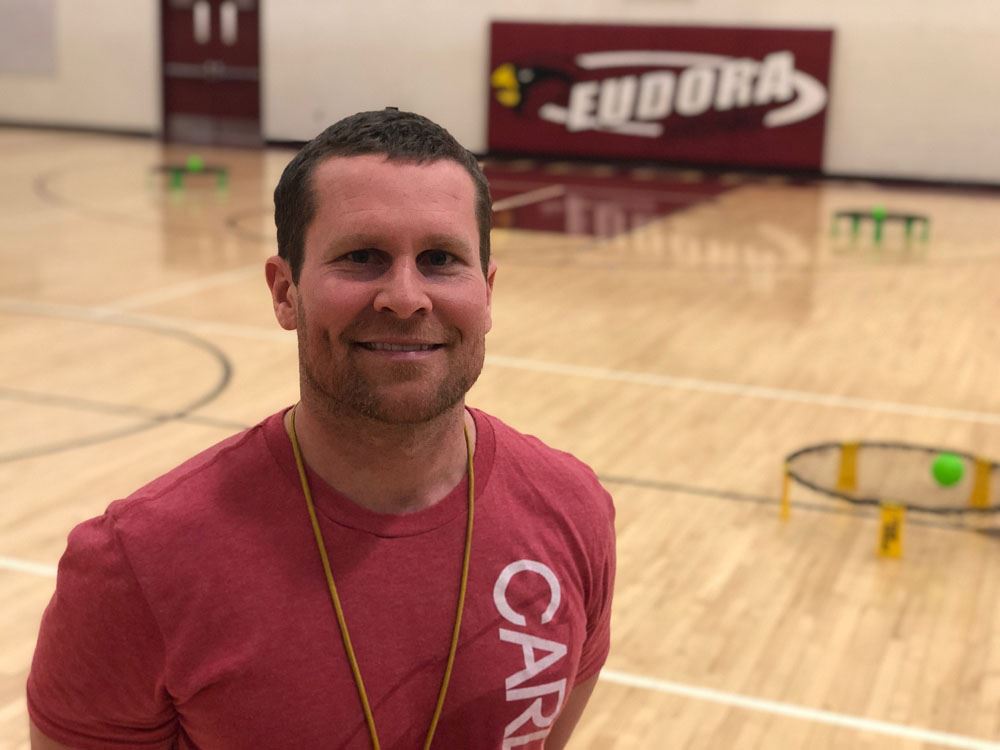 Dee Boeck and Gene Wee are founding members of runLawrence, a nonprofit running club, and longtime key organizers of the Thanksgiving Day 5K race in North Lawrence, which has become a tradition in the Lawrence community. Because planning, organization and hosting of the race relies completely on volunteers led by Boeck and Wee, proceeds from the 5K benefit an awards fund from which Douglas County schools and external clubs are eligible to apply. The fund has helped support the popular Marathon Clubs that have formed at all Lawrence elementary schools as well as two schools in Eudora, the Smart Strength program at Liberty Memorial Central Middle School, the Mini-Mocs Running Group at Haskell Indian Nations University and the Sheppard Shoe fund via Douglas County CASA, which purchases badly needed running shoes for foster care children. Since 2013, the Thanksgiving Day 5K has generated more than $62,000 to support clubs and activities that instill a lifetime love of fitness and health for young people in Douglas County.

“Dee and Gene truly exemplify the idea of ‘health champions’ in every sense of the word,” said Elizabeth Burger, a member of runLawrence. “We may never know how many lives have been touched by their work because thousands of kids participate in the marathon clubs over the years. However, simply seeing the smile of even one child crossing the finish line at the Thanksgiving Day 5K or reach his or her marathon club goal says it all.”